The Largest Crane in the World

Belgian company Sarens has unveiled the world’s largest crane – the SGC-250, which will be used to perform all the major lifts at the Hinkley Point C nuclear power plant in the UK.

NuScale Power has also selected PaR Systems to design and manufacture the crane that will be a key component of the building for its small modular reactor (SMR) power plant.

PaR Systems will carry out design, engineering and subsequent precision movement testing for NuScale’s RBC. NuScale is preparing for its first plant to be operational in Idaho by the mid-2020s.

PaR Systems will start work in 2018 and is expected to continue the first phase of design work through 2019. NuScale intends to contract for the remaining design phases, initial design and design for manufacturing in 2019 and fabrication at a later date.

“When making this important decision, NuScale knew it was necessary to find both an experienced nuclear crane supplier and a true industry leader in remote handling of critical equipment,” said Dale Atkinson, NuScale COO and chief nuclear officer.

On November 9 at the Port of Ghent in Belgium marked the official launch by Sarens of the SGC-250, the largest crane in the world in terms of size and capacity.

The crane has a maximum load moment of 250,000 tonnes allowing it to lift 5,000 tonnes and is the strongest crane of its kind. With the features and flexibility of a fully-mobile ring crane it can slew 360-degrees but exerts low ground pressure of fewer than 25 tonnes per square metre.

For more on this story please visit: https://www.cranesandlifting.com.au/crane-technology-for-nuclear-construction-projects/ 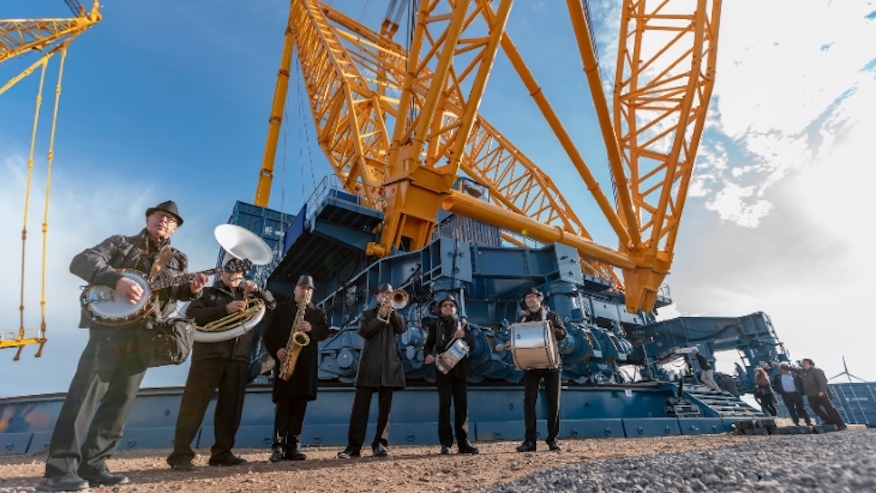